This week the Rail, Maritime and Transport (RMT) trade union, which represents rail workers, announced a new series of walkouts spread across eight days over Christmas and the New Year, designed to maximise the misery inflicted on the public during the festive period. 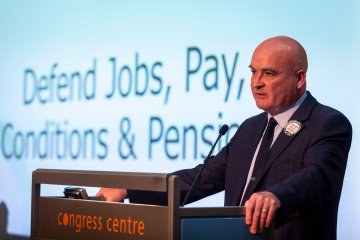 In fact, he is revelling in his undemocratic, unaccountable power to bring the network to a standstill.

Similarly, the median pay for other staff on the network is £45,000 — far above ­average earnings.

If unaffordable demands are agreed, they will worsen the ­spiral of inflation. That is exactly what happened in the late Seventies, when Jim Callaghan was the Labour Prime Minister and Britain was known as “the sick man of Europe” because of industrial chaos.

“There is madness in the air,” Callaghan’s aide Bernard Donoughue wrote in his diary as the anarchy worsened during the Winter of Discontent in 1978-79.

Moreover, most state services are monopoly providers, which makes them more vulnerable to union exploitation and blackmail.

Similarly, the Public And Commercial Services Union, which represents civil ­servants and is led by the left-wing firebrand Mark Serwotka, has just backed a series of mass stoppages.

Certainly many public employees do a heroic job, particularly in the NHS, schools and emergency services. But the grievance should not be overdone.

The average teacher’s salary, for example, is £39,000. Hardly poverty wages.