The Britain’s Got Talent judge has been holidaying with her family in Sicily this week – and took to Instagram with a behind-the-scenes snap outside an Italian restaurant.

Sat between them were her two lookalike daughters Lexi, 16, and Hollie, ten, who dressed up for a glam evening on holiday. 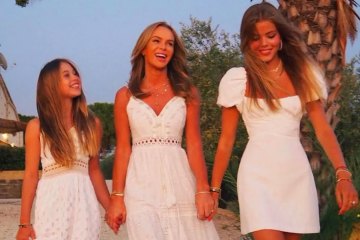 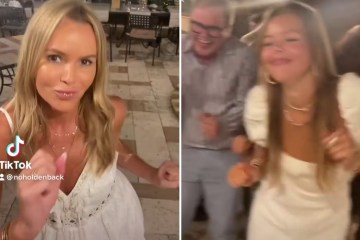 Meanwhile, Amanda has been keeping fans up-to-date with her holiday with her nearest and dearest, and pal Alan Carr.