RISHI Sunak vowed to protect the NHS throughout a tough winter in a personal speech drawing on his own upbringing.

He promised “record funding” to the health service, which is battling rising waiting lists, staff shortages and the ongoing Covid backlog.

“That’s why the government is investing record funding into the NHS and social care so that it can continue making a real difference to people’s lives. And as Prime Minister, I can tell you I will always prioritise the NHS and its brilliant staff.”

It will be screened on Channel 4 en al 4 op November 27 at 6.30pm and these are the categories your health heroes could be in with a chance of winning:

Beste Gesondheid Liefdadigheid – For a charity that has helped change lives

Jong held – For youngsters that have gone above and beyond. Oop vir enigiemand onder die ouderdom van 18

Siobhan O'Connor The Sun’s Who Cares Wins awards page for all the latest awards news, interviews and red carpet photos.

The government has promised an extra £3.3 billion in each of the next two years, while £4.7 billion will go into social care.

Some experts have warned this is not enough to take the NHS off “crisis footing.” 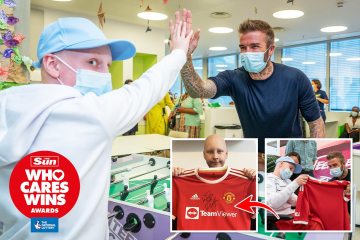 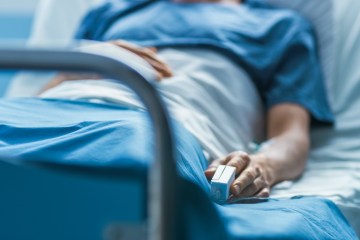 But drawing on his personal experiences, Mr Sunak promised he would continue to prioritise the health service.

He told the National Lottery-sponsored awards: “As the son of a GP and a community pharmacist, I grew up watching people caring for others.

“That same care, that same desire to serve is amplified many times over across the UK, in GP practices, in pharmacies, in A&E departments, in hospitals, and health centres in the community.

“So on behalf of the entire country let me say an enormous thank you to healthcare heroes of every kind.”

Mr Sunak presented the award for 999 hero to a team of heroes who saved the life of a schoolgirl who suffered a cardiac arrest, including passersby the Sadler family who called for help, and paramedics from East of England Ambulance Service (EEAST) and Magpas Air Ambulance

Later, he met Daisy Webb, 14, from Huntingdon, Cambs, whose life was saved.