BBC Breakfast star Naga Munchetty had a priceless response after a troll branded her the “most annoying person on TV”.

The person tweeted: “Can I just say Naga. I cant explain why but I find you the most annoying person on TV.” 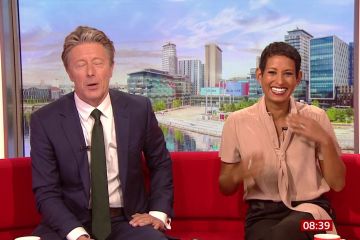 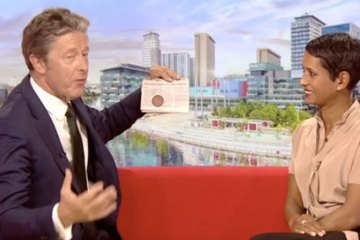 نشر آخر: “Don’t forget question marks and commas. أيضا, I reckon a few exclamation marks would have added feeling to the statement.

A third echoed: “The rest of us think the opposite. You are…. bright, warm, intelligent, witty, مدهش.

A shocked تشارلي, 60, looked straight at the camera as he realised what she had asked.

He replied: “A story about crabs I think is the answer to that.”