الصحفي, 51 – who presents the programme every Monday to Wedneday – has been replaced by Nina Warhurst this morning.

Nina, 42, and co-host Jon Kay, 53, began Wednesday’s instalment of BBC Breakfast by discussing the headlines that have hit the news over the past 24 ساعات.

بي بي سي الإفطار showed some clips of Matt on the show tasting the tasty treats that the contestants had baked. 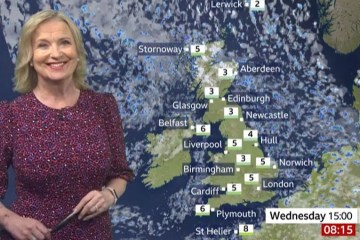 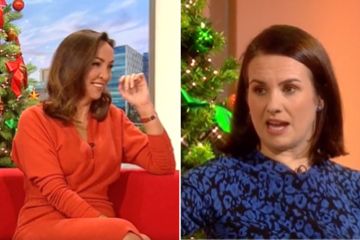 غير لامع غرد: “Farewell Bake Off! It’s been a delicious experience and I can’t imagine a more fun way of spending my summers.

“وبالتالي, after three series and 51 الحلقات, I am cheerfully passing the baguette on to someone else.

“I would like to give my warmest thanks and gratitude to everyone at Love Productions and Channel 4 and to Noelipops, بول, Dame Prue, the crew and, بالتاكيد, the wonderful bakers for welcoming me into the tent.