Tyler Wills, 12, was hit by a car on Friday after days of heavy rain and died later in hospital.

And he is demanding action so no other family in Crawley, Wes-Sussex, faces similar heartache.

Hy het gesê: “I don’t remember when that underpass hasn’t flooded in winter. 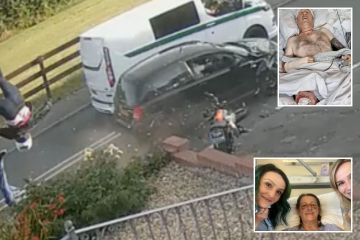 pos waar sy saam met haar oudste kind geposeer het, emergency services rushed to the scene at about 2.45pm and the youngster was rushed to hospital, but sadly died soon after.

One left by his heartbroken mum and dad tells of his “gorgeous smile” en “kind heart”.

West Sussex council declined to comment as polisie are investigating.