A MUM was found cradling the bodies of her two dead kids and their pet poodle after a blaze ripped through their house.

Monica Gallardo, 35, was found under a bed with her two boys Alan, 5, and Benjamin, 2, at their home in Comodoro Rivadavia, Argentinië.

Officials believe they all died from smoke inhalation.

Monica had reportedly been at home with her three children and pet dog when the blaze started.

Her husband was at work and she frantically called him to tell him what was happening.

But by the time he got home, the house had burned to the ground. 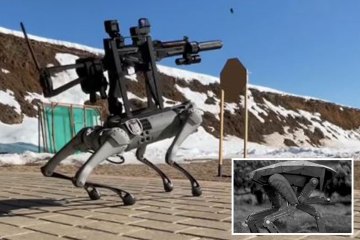 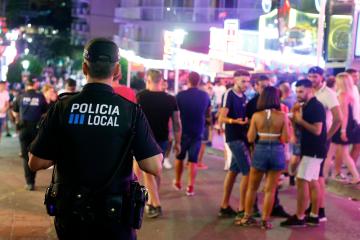 The eldest son Kevin, 9, was saved by neighbours who spotted the fire and managed to pull him out.

But his younger brothers Alan and Benjamin were both left trapped in the burning house with their mum.

After the blaze was put out, firefighters searched the property and found Monica underneath a bed with the two boys and the dog by her side.

They were tragically pronounced dead at the scene.

Realising they couldn’t escape the inferno, it appears Monica decided to shelter under the bed with her children to avoid the flames.

One of the firemen told local media: “She hugged the little ones under a bed and that heartbreaking scene was what the firefighters found upon entering after putting out the fire.

“The family pet, a poodle, was in their midst.”

Their causes of death were still being determined – but it’s understood they died from smoke inhalation.

The cause of the blaze is also under investigation.