CHRISTINE McGuinness surprised fans with a cryptic post about happiness after her Chelcee Grimes kiss.

The 34-year-old  shared her joy with fans on Instagram.

Christine told fans how happy she was in a recent post about an enchanting new book she had written based on her experience with autism.

The former Real Housewives of Cheshire star has three children with autism with her ex Paddy McGuinness, and was recently diagnosed with the hidden disability herself.

She said: “I’m so excited and proud that I have written my first children’s book, inspired by our experience of autism.

“Amazing Me, Amazing You is a book about inclusivity for everybody and explains in a child-friendly way that everybody is different and that is something to celebrate!” 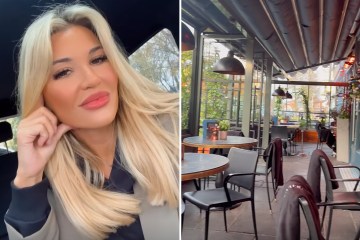 LUNCH ON THE LOW 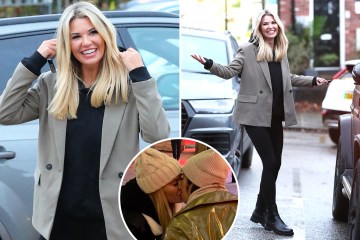 Her post came after the star was seen kissing her close pal Chelcee Grimes while on a festive night out.

Since their first meeting on ITV’s The Games, Christine and Chelcee have barely been apart.

The pair have now spent a lot of time together and have jetted off on not one, but three incredible luxury holidays in the space of a few months.

And they were spotted sharing a warm embrace during a super-Christmassy visit to Winter Wonderland in London last week.

An onlooker said: “It was a sweet moment between Christine and Chelcee as they sat on a bench outside and enjoyed live music.

“They were wearing similar woolly hats and even had a little dance at one point.

“They seemed to be living in the moment and soaking up the festive atmosphere.

“Christine and Chelcee were both all smiles as they walked off hand-in-hand.

“It was a busy night and all the festival tents were packed to the rafters with people.

Model Christine and Top Gear presenter Paddy, 49, announced they were separating after 11 years of marriage.

At the time a joint statement on their Instagram pages said: “A while ago we took the difficult decision to separate but our main focus as always is to continue loving and supporting our children.”

They are still living together in their family home in Manchester with their three kids.