AFTER recovering from a recent accident, Audrey Roberts is back at the hospital next week.

And as her son Stephen Reid comes back to Krönungsstraße, it becomes clear she’s suffered an overdose.

The Weatherfield stalwart played by Sue Nicholls gave soap fans a fright when she was discovered under a motorbike at the barber’s in recent scenes of the ITV Theater.

She was saved just in time by her son Stephen Reid (portrayed by returning actor Todd Boyce) who quickly became one of her main source of support.

The character is making enemies within his own family as he takes control of his mother’s financial assets – and could even be hiding a deep dark secret.

jedoch, Stephen recently left Audrey to her own devices after a huge family row. 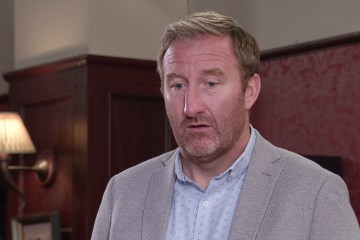 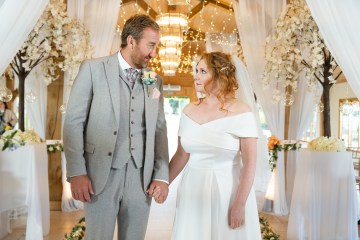 Stephen decided to head back to Milan after becoming aware his return changed the whole family dynamic – and Audrey was sent to hospital, unbeknownst to her loved ones.

Später, Audrey heads out of the hospital and is delighted to get a phone call from her son Stephen who informs her of his return to the cobbles.

But the remaining members of Audrey’s family are still unaware of what she’s gone through.

This changes quickly – in the Rovers, Audrey’s granddaughter Sarah (Tina O’Brien) is concerned when Ed Bailey lets slip he saw Audrey in the hospital.

In later scenes at the Bistro, an apologetic Audrey tells her grandson Nick (Ben Price) that she’s sorry for messing them all around as she’s aware they meant well.

She then admits she doesn’t want to reopen her hair salon.

The Platts thought it was a good idea to sign an agreement with local businesswoman Debbie Webster to get Audrey her old salon back.

She was informed of this during her birthday celebrations, which she didn’t even want in the first place.

Her daughter Gail had noticed her not behaving like herself and phoned her later on and Audrey failed to tell her she was lying in a hospital bed at the time of the call.

What is Audrey hiding and was her overdose accidental?

Could Stephen know more than expected?

Coronation Street airs on Monday, Wednesday and Friday on ITV.