Owners and their animals were seen cowering under marquees without any air conditioning at the بورنماوث Championship Dog Show in دورست, ابكر.

But the Bournemouth Canine Association decided to go ahead, with many slamming the “غبي” و “selfish” قرار. 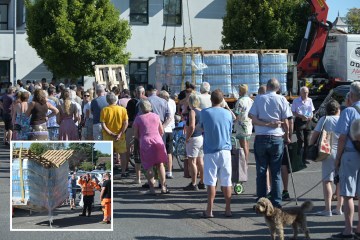 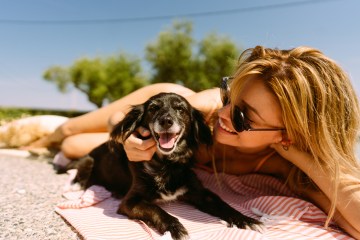 قال آخر: “There is now an amber warning by the Met Office of extreme heat of 36 degrees hopefully it won’t be so hot.

وأضاف ثالث: “Dogs can still suffer from heatstroke even in the shade, if the shade is in the form of marquees there will be no breeze in them.

كتب آخر: “The dogs are monitored very carefully and are just fine. People know how to keep their dogs cool.

في أثناء, the RSPCA voiced its concern over shows taking place and urged organisers to consider rearranging or cancelling.

Esme Wheeler, dog welfare expert at the RSPCA, قالت: “We’re concerned to hear of dog shows taking place during the heatwave and would urge organisers to prioritise the welfare of dogs and consider rearranging or cancelling.