Defence Secretary Ben Wallace disse: “In order to meet the growing threats to our underwater infrastructure, the Royal Navy needs to be ahead of the competition with cutting edge capabilities.” 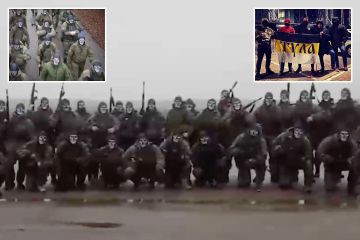 He said in January there had been a huge rise in Russian submarine and underwater activity in the past 20 anos.