MILLY Zero has quit EastEnders – bringing an end to Dot Cotton’s legacy on the soap.

Actress Milly has already filmed her final scenes and will bow out of the soap later this year.

“But the door is being left open for her return. This is not a final goodbye for Dotty.”

Her exit will come as the soap says goodbye to legendary EastEnders Dot Cotton after the tragic death of June Brown. 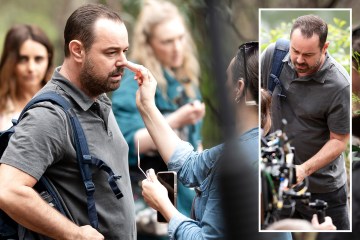 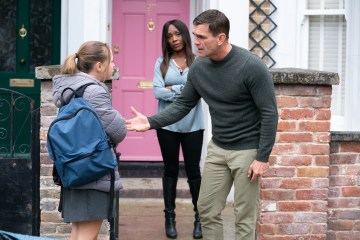 Viewers last saw Dot in 2020 as she went off to visit her grandson Charlie in Ireland.

However behind the scenes, actress June shocked bosses when she publicly announced she had quit the role on a podcast.

She died earlier this year never having returned to the soap.

The soap will pay tribute to Dot this winter with the character dying in Ireland – and her funeral taking place in Walford.

Milly Zero recently revealed to The Sun that the cast cried real tears as they filmed the emotional funeral.

Sy het gese: “It was such an emotional day.

“We cried real tears during filming because it really is such a beautiful tribute to her.

“There’s elements of the episode that will make you laugh.

“June was always a bit mischievous on set and would often change the words of the script but that was just her.

“She would have loved seeing us all come together for the episode. I feel so proud to play her granddaughter it really is a dream role. We will always miss her.”

Bosses have pulled out all the stops to make Dot’s funeral one viewers will never forget.

Old favourites like Lofty Holloway, Maria “The Punk” Smith, Disa O’Brien and gay couple Colin and Barry were among those who returned for the emotional farewell.

Milly added: “It was great to meet all these old characters and listen to their stories about June.

Emmerdale: David Metcalfe begs Victoria to take the blame for his crime

“There were so many brilliant stories! Everyone has a June story. She had such a great sense of humour and it was so lovely to be part of it all, we did her proud.”

Viewers will be able to watch Dot’s funeral this winter.