EASTENDERS star Scott Maslen looked worlds away from Albert Square as he stepped out in the heatwave to pick up lunch.

The actor, 51, dressed for the warm weather in a white vest and bright orange shorts.

Scott, who has played EastEnders bad boy Jack Branning since 2007, made sure to cover up in a cap and dark sunglasses.

Former model Scott proved he’s still got it, showing off his bulging biceps in the sleeveless top.

It comes after Scott – who shares son Zak, 17, with his stunning wife Estelle – jumped to the defence of his EastEnders co-star Jessie Wallace earlier this month.

Jessie, who plays Walford legend Kat Slater, was spared the sack after she drunkenly attacked a cop in June. 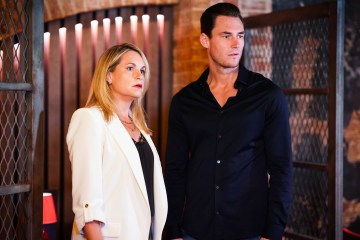 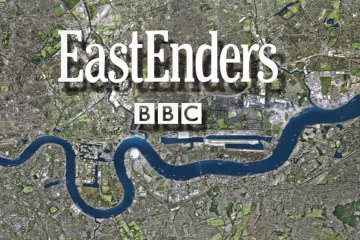 She was put in cuffs and bundled into a police van following the incident on a night out in Bury St Edmunds, Suffolk.

But Scott told The Sun on Sunday: “It’s hard in this job.

“You get caught out sometimes, it’s life.

“I love Jessie. There’s nothing wrong with her, she is perfectly fine.

“She’s a character, she works very hard, it’s long days, so when she goes out occasionally, maybe she’s tired.

“We’re under the spotlight, that’s the reality, so when you do make a mistake, you have to be careful.

“She’s in a good place, we move on, she’s learned and we go forward.”