Emily opted for an oversized white blazer with a plunging neckline and matching trousers. 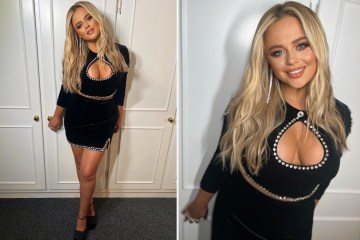 It was announced back in June that the ITV2 series would be coming to an end after 14 years.