EMMERDALE fans are convinced Moira Dingle will murder Suzy – after the party planner admitted to being partially responsible for daughter Holly’s death.

And in tonight’s episode it was revealed that drug user Suzy not only knew Holly – but had given her the cash to buy her final fix.

Suzy opened up to Leyla about how she knew Holly, revealing she hired her as an event photographer a few years ago.

But when Leyla questioned her shady behaviour around Moira, Suzy came clean.

“Because I gave her money, money to buy drugs,” she told Leyla. 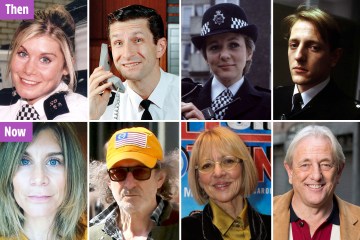 “I knew she scored but not an addict. We were mates yeah but I was still her boss. I was meant to be meeting my dealer to stock up for party night – it was the night before my 30th.

“I was stuck at this wedding venue so I sent Holly to get coke. I said she could have half if she did the handover and was meant to meet her afterwards to go clubbing.

“How the hell was I meant to know she would use her half to buy a load of smack?

“By the time I found out she had already scored. I told her to take her lowlife junkie body back to the gutter where it belongs.”

Moira found her daughter lifeless the morning after – and despite Leyla trying to stop Suzy from confessing all to Moira, she was determined to.

And now fans think Moira will find out and will kill Suzy for causing her daughter’s death.

One wrote: “Moira is not going to like this when she finds out.”

Another added: “knew it was suzie gave Holly drugs omg she killed her #emmerdale.”