The Emmerdale character played by Samantha Giles tries to pick herself back up next week. 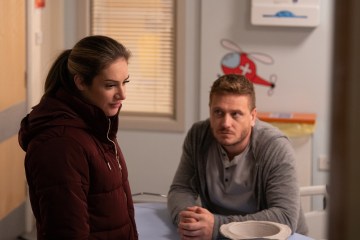 Her daughter Gabby Thomas (played by Rosie Bentham) and Rhona Goskirk (Zoe Henry) both try to support her to no avail.

This could be explained by the mental health impact menopause can have and symptoms often include a low mood, anxiety, mood swings and even brain fog.