GLASS ONION: A KNIVES OUT MYSTERY (Netflix, Des 23): Daniel Craig is back as Detective Benoit Blanc alongside Kate Hudson and Edward Norton in this sequel to 2019’s first Knives Out smash. When someone dies on billionaire Miles Bron’s private Greek island, Blanc is put on the case.

TOP GUN: MAVERICK (Paramount+, Des 22): Stream the year’s biggest blockbuster from your front room. Tom cruise returns as Maverick, who confronts his past while training a group of younger graduates, including the son of his deceased best friend. 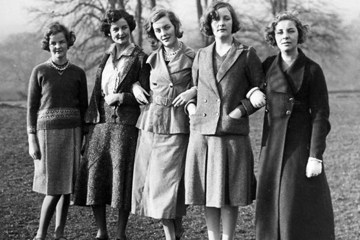 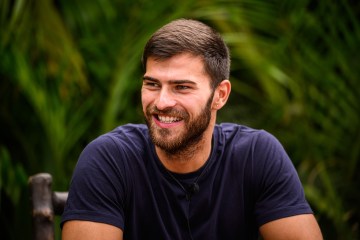 THE BANSHEES OF INISHERIN (Disney+, Des 21): Colin Farrell’s moody tragicomedy makes for a grown-up watch over the festive break. It follows two lifelong friends who find themselves at an impasse when one unexpectedly puts an end to their friendship.

THE BOY, THE MOLE, THE FOX AND THE HORSE (BBC One): A story of courage and hope in this new hand-drawn animation based on Charlie Mackesy’s book. The tale follows the unlikely friendship of, jy het dit raai, n seun, a mole, a fox and a horse travelling together in the boy’s search for home.

I made a life changing decision when I turned 50, says Strictly’s star Claudia

MIER & DEC’S CHRISTMAS LIMITLESS WIN (ITV): Die Geordie duo are feeling fabulously festive as they launch the first Christmas edition of their new gameshow. The special will see celebrity pairs take on the ladder for charity with a an unlimited prize pot up for grabs.

Alesha Dixon represents Britain’s Got Talent, terwyl Will.i.am is on board from The Voice and Adam Lambert and Jason Manford from Starstruck.

And they’re genuinely a bunch you’ll want to see sing, including Love Island castmates, The Chase stars, a gaggle of Loose Women and soap stars from Emmerdale and Kroningsstraat.

THE GREATEST SNOWMAN (Kanaal 4): The zany creative challenge on ice is back for a second series as a new line-up of celebrities including Gemma Collins travel to the Alps to build an array of sculptures and snowmen. Sue Perkins is back as host while Laurence Llewelyn-Bowen is in charge of design.

THE GREAT FESTIVE BAKE OFF (Kanaal 4): Watch a new troupe of celebs descend on the tent to compete in challenges and bodge their bakes.

FIVE STAR CHRISTMAS: INSIDE THE CORINTHIA (Kanaal 4): For a slice of how the other half live, tune in to see how A-listers like Tom Cruise and Will.i.am get jolly at one of London’s most luxurious hotels. Expect more than a few glasses of bubbly.

LIGHTING UP CHRISTMAS (Kanaal 4): From the incredible Roald Dahl-themed lights in Longleat and spangled streets of Blackpool to the magical winter trails at Kew Gardens, follow the top teams behind some of Britain’s most magnificent displays.

ROYAL CAROLS: TOGETHER AT CHRISTMAS (ITV): Join the Prinses van Wallis at Westminster Abbey for a glorious carol concert on Christmas Eve to celebrate some special communities and pay tribute to the late Queen Elizabeth II.

BAD EDUCATION: THE REUNION (BBC Drie): Eight years on, Alfie Wickers (Jack Whitehall) is back at Abbey Grove and this time he’ll have company. Expect the usual chaos as Alfie and newly qualified teachers Stephen (Layton Williams) and Mitchell (Charlie Wernham) reunite for a careers day.

VARDY V ROONEY (Kanaal 4): Michael Sheen brings to life the Wagatha Christie verhoor, one of the most extraordinary libel cases to ever be brought before the High Court.

ALL CREATURES GREAT AND SMALL (Kanaal 5): Ekt’s Christmas in Darrowby and everyone is trying to make the most of things while the world is at war. So Mrs Hall (Anna Madeley) finds herself arranging a Skeldale Christmas party.