A HIGH school in Australia has divided opinion after it introduced touch pads to scan students’ fingerprints outside the bathrooms to tackle vandalism.

Moorebank High School, en Sydney‘s south west, said the children would be forced to scan their fingers every time they need to access the toilets.

The school said it had introduced the measure to “monitor students’ movement during class time”.

The school Principal, Vally Grego, said parents were notified in June through a newsletter, after a round of consultations.

“The system will roll out in Term 3 for the external student toilets only,” Grego wrote. “We are introducing this system to monitor students’ movement during class time and to reduce the incidents of vandalism.”

The controversial new measure has divided opinion, with some left upset over privacy concerns. 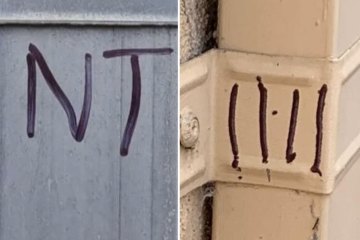 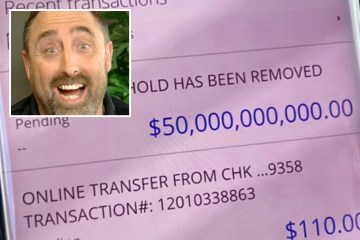 How man had £50BILLION deposited into his bank account by MISTAKE

A 28-year-old from Sydney, Alana Docherty inquired: “Is this not an invasion of privacy? Is it even legal?”

Facebook user Thomas Turner, comentó: “What’s gonna happen if someone steals all that biometric data relating back to students?”

It comes after some parents have asked the school to delete their children’s finger prints, según lo informado por 9Noticias.

Former pupils acknowledged the need to squash vandalism, but questioned the efficacy of the fingerprint scanning technology.

“When I was in school there, there was smashed doors, graffiti everywhere, broken off toilet seats, smashed windows, give it time [y] I’m pretty sure the fingerprint thing will get damaged,” he posted on Facebook.

FOOT ON THE GAS

Soldado, 23, had promised to call her son just hours before taking own life

A former staff member, Samar Haytch, pointed: “Worked there and toilet breaks are the least of their worries”.

Otros, Entretanto, have praised the school for its approach.

Rachel Little, a stay-at-home mum, claimed: “We need to bring back respect. Bring back the discipline.”

The New South Wales Department of Education (DoE) said Moorebank High School is not the first school in the state to make use of this tecnología, with some using it to monitor attendance.

The DoE, which offered the technology to stop anti-social behaviour in the school’s batroom, confirmed parents were effectively consulted about the new initiative “via a community focus group”.

“The decision to install the mechanism was ratified by this group on more than one occasion” the DoE said in its statement.

“All parents were notified. The information was disseminated to parents via school newsletters and the minutes of community focus group meetings were also emailed to all parents.”

The Sun has contacted Moorebank High School for comment.