A TODDLER is fighting for her life after she was hospitalised by an alleged drink driving car crash on Sunday evening.

UMA Nissan Qashqai collided with a parked car on St Barnabas Road, Cambridge, at around 7pm, seriously injuring the 18-month-old.

The little girl is now in a critical condition with “lesões com risco de vida” no Addenbrooke’s Hospital, but no one else was badly hurt.

The incident was reported to the polícia just after 7.15pm.

Two women have been arrested, Apesar Cambridgeshire Constabulary is not clear who was in the car at the time of the crash.

It is believed to have been at least one woman, the one-year-old and another child. 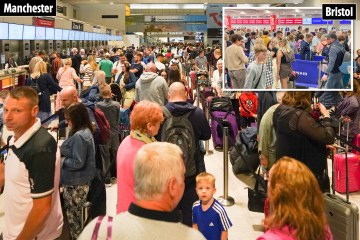 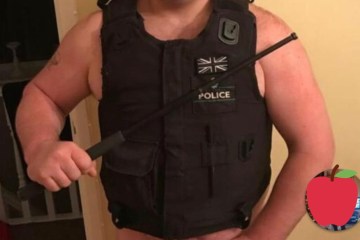 A 32-year-old woman from Cambridge has been arrested in connection with the incident on suspicion of drink driving, dangerous driving, failure to stop and child neglect.

While a 21-year-old woman has been also arrested on suspicion of child neglect.

A spokesperson for the force said: “An 18-month-old girl is in a critical condition in hospital following a single-vehicle crash in St Barnabas Road, off Mill Road, in Cambridge.

“A Nissan Qashqai was in collision with a parked car at about 7pm yesterday.

“The girl suffered life-threatening injuries and remains in Addenbrooke’s Hospital in Cambridge.

“Details are sketchy as to who was travelling in the vehicle at the time but it is believed to be at least the girl, a woman and another child. No one else was seriously injured.

“A 32-year-old woman from Cambridge has been arrested in connection on suspicion of drink driving, dangerous driving, failure to stop and child neglect and is in custody at Parkside Police Station.

“A 21-year-old woman has been arrested in connection on suspicion of child neglect.

“Anyone who witnessed the incident should contact police via their web chat service or online forms at www.cambs.police.uk/report citando incidente 416 de 24 July.”

The East of England Ambulance Service has said that multiple people were assessed at the scene.

“A number of people were assessed at the scene, and two (including an infant) were transported to Addenbrookes Hospital for further assessment and care.”