Early on during Thursday’s Goeie more Brittanje Kate gushed to her new co-host “thank God you’re here!” as he helped her out with the position of an employee from Network Rail. 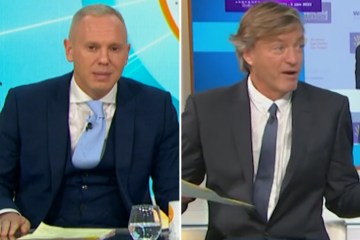 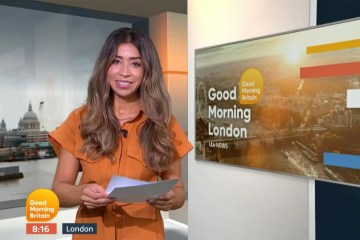 A third then commented: “Good to see Paul Brand the guy who does exposes on this inefficient, corrupt, government presenting today. A vast improvement on some of the other hosts. I hope he gets the chance to get a word in #GMB.”

He worked as Political Correspondent on ITV News from 2016 aan 2020, and became UK Editor earlier this year.

Off screen, hy welcomed a baby with his husband Joe Cuddeford via surrogate in 2021.

In the snaps released last June, Paul is cradling their newborn son Tomas, with Joe proudly wrapping his arm around his partner.

He added a selection of hashtags, insluitend: “#Surrogacy, #Parenthood, and #FirstPhoto”.