GRAND Design: House of the Year viewers slammed a “恐ろしいです” property with an “目障り” for a roof.

In the pioneering houses category, ホスト Kevin McCloud and the experts explored a home with a mountain on the roof.

The living room had been renovated and the rest of the property had been remodelled, including the family area, 寝室, bathroom and utility room. 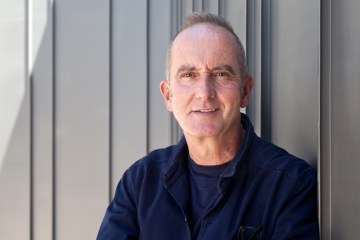 マットは答えた: “We saw these pictures of this Disneyland ride in San Diego where they were making this hyper realistic mountain. And we thought ‘why not try and replicate it’.”

ある人は書いた: “Don’t put any of the houses through this week, especially this mountain house. #houseoftheyear #granddesigns”

Another bemused fan tweeted: “そう, the extension with a stupid board to pretend it’s a mountain, yeah really clever stuff. #houseoftheyear #granddesigns”

Laura said she often gets asked why she put a mountain on the back of the house and usually replies “何故なの”, while Matt said coming home to an old white box would be boring.

その間, the neighbours said they are often stunned by the striking appearance but praised the innovative look of the property.