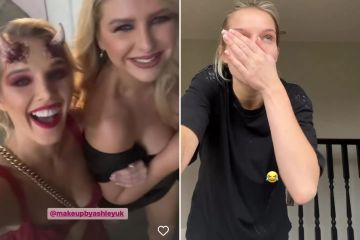 In May, Helen revealed that the pair had not shared a bed for seven years — with the star choosing to sleep with her children.

The source said: “Helen turfed Scott out of their marital bed a long time ago because she co-sleeps with their kids.”