The trio, bejaardes 16, 14 en 18 onderskeidelik, beat the 47-year-old with a 3ft wooden log as he came to the aid of an 11-year-old boy being bullied in Worthing, Wes-Sussex.

More than a year later and he still unable to walk or talk en het “no mental capacity”. 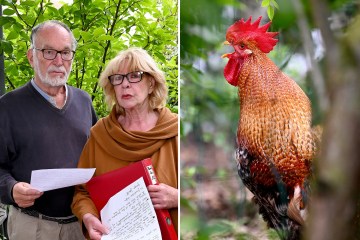 The 51-year-old told Die spieël: “When he walks out that jail, I want to be the first thing he sees.

Sy het bygevoeg: “I worship the ground he walks on.

Lewes Crown Court last year heard how the dad was pushed over by one of the teens – then aged just 13, 14 en 17 – in a row over a frisbee.

He was then “whacked” with a 3ft log – veroorsaak 'n “loud crack” as his ribs broke.

A dog walker told police the attack first “sounded like someone getting beaten up or hurt” dan “like someone being murdered”.