The mum-of-two was flying to Manchester yesterday evening after spending her summer getaway in Paphos, Cipro, but claimed suddenly all hell broke loose in the air.

Mel told how a male passenger who appeared drunk became distressed and acted out, even trying to open the emergency doors on the [object Window].

Then chaos reportedly erupted as panicking passengers ran to the back of the plane in fear, grabbing their children, scrambling over seats and screaming “aiuto, we’re going to die”. 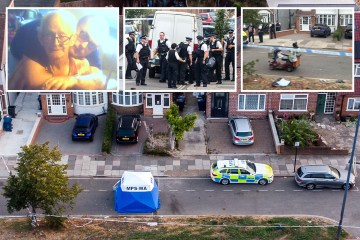 Omaggio a OAP, 87, after he’s knifed to death on mobility scooter ‘by gang’ 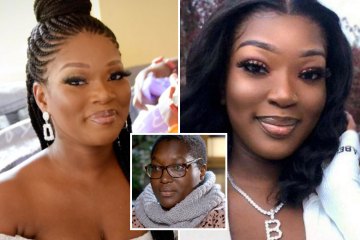 fortunatamente, brave passengers on the plane, including two off-duty police officers, managed to restrain the raving troublemaker in a fierce tussle.

The pilot was forced to make a “terrificante” emergency landing, diverting to Zagreb, Croazia.

Here the man was bundled off the plane and met by local Polizia Stradale.

TUI confirmed that due to a “very disruptive” Agente di polizia "ucciso a colpi di arma da fuoco in casa", lasciando altri due critici, il volo era “forced to divert” so that he could be “offloaded” from the aircraft.

Mel from Bolton, Grande Manchester, disse: “I honestly thought I was going to die and that I’d never see my family or children again.

“It was awful, there were so many women screaming and shouting for help and screaming ‘oh my God my kids’. All the kids were crying and screaming on the plane.

“It was terrifying. I think I’ve done all my crying now, I can’t cry any more.”

Other customers shared similar experiences on social media, with one lady named Kirsty saying the man pointed at her and her children and told them to “pray”.

Nel frattempo, alcuni twittato that they were stranded after a passenger “posed a threat” to others on board.

Lei disse: “When we were queuing to get on the plane and a couple of passengers were talking about a passenger queuing up who was quite rowdy and acting very strangely.

“We all got on the plane and he was acting quite strange and I was already scared before this [incidente] had happened.

ha detto Melissa: “And then all of a sudden he just jumped up in the middle of the plane near the emergency exit and making hand signals to everybody, praying really loudly in a different language.

“Everyone started running to the back of the plane, urlando, grabbing their kids and jumping over seats while he was still praying on the floor.

TUI apologised for the delay and diversion due to the “disruptive” passenger and said they wanted to reassure customers that such instances are “extremely rare”.

“The health and safety of our customers and crew is always our highest priority and due to a disruptive passenger the flight was forced to divert to Zagreb, Croazia.