A MAN is in the money after he found a rare Roman coin in his grandmother’s back garden and is set to cash in.

Metal detectorist Austen Perry, 29, made the discovery while out on his first ever hunt.

Austen, who currently lives in Bradford, unearthed the coin on November 5 after finally being able to afford a metal detector of his own having had a life-long passion for the hobby.

He knew his grandmother’s home in the village of Whetstone, Leicestershire, had plenty of grounds to examine and came back to the county to try out his new piece of kit.

Within an hour, his detector beeped.

Tucked away in the earth was an old Roman coin and the find took him completely by surprise. 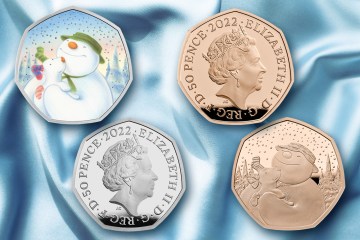 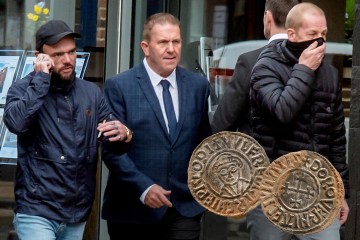 Man found a Viking hoard of coins worth £5.2m – then gambled it all away

Austen told LeicestershireLive: “I can’t believe it. It’s just mad when you think about it. I was only about an hour in when I heard it beep and thought it could be something. I struck gold on my first go.

“I’ve been told by other metal detectorists that it can take years to find something like this and I did it on my first attempt.

“It’s mad and really hard to get your head around.”

The coin depicts Roman emperor Allectus, who ruled between 293 en 296.

Early estimates from other detectorists have valued the coin at around £1,200, although this is not been officially verified, and the coin has been reported as treasure to the authorities.

Austen, whose fiancée now calls him Pirate Perry, has been passionate about metal detecting for most of his life.

He’s drawn to the unknown of what might be discovered and the value it might have, but he believes he may have peaked with his very first find.

Austen said: “The metal detecting community online have told me I probably won’t find anything like it again, but I’ll still keep doing it.

“There’s so much fun and I love that whole unknown factor.

“This has always been my passion and this is a big thing to have happened. It’s kind of a like a movie script.”