AN NHS nurse has been fined £100 after pulling over for just two minutes when her grandson undid his car seat ahead of a motorway.

Elaine Johnson, 49, insisted there was nowhere else to stop to ensure Alfie, dois, was buckled in safely again before they hit the 70mph road.

The senior community nurse sister had enjoyed a rare day out with her daughter Jade, 29, and grandchildren Alfie and Leo, Sete, before getting fined earlier this month.

Eles pulled in for a quick Maccies, then set back off on the road again in their snazzy VW Beetle.

But the family but had to quickly stop just minutes later to deal with Alfie’s emergency when he managed to unbuckle his seat.

Elaine told The Sun: “There was nowhere else to stop before we got onto the dual carriageway and then motorway.

“Children are unpredictable. You can’t foresee these things happening. I just felt really cheated and disappointed.” 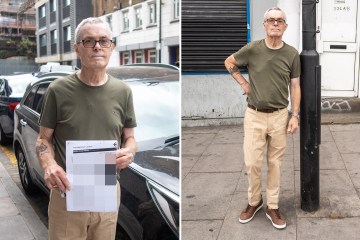 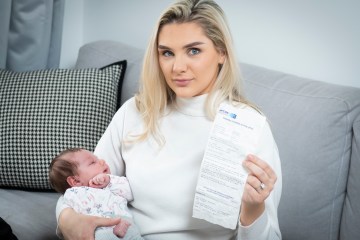 Elaine explained: “He just flipped his seatbelt off and tried to climb out of the seat. We obviously pulled in quickly to fasten it again. We had to get out of the car and fasten him in.

“I then said to Jade to sit in the back with him to make sure it didn’t happen again. I didn’t even get out of the car. We must have been there two to three minutes tops.”

She added that they pulled into a little gateway by a business that was closed to make sure they were not blocking traffic flow.

Elaine and fellow NHS nurse Jade thought it must be a mistake when they received a letter saying they had been fined before they realised it was definitely their car.

Ela disse: “You just think ‘how ridiculous’. It’s a safety issue. Nobody would keep driving in that situation.

“We both work long hours and don’t get paid a lot as it is. We hardly get any days off.”

But miserable parking officials at firm UKCPS rejected an appeal and demanded they pay the fine.

“It was an emergency and a safety issue. I would have been fined by the police for him not wearing a seatbelt if I carried on.”

The parking firm claims on its website that it “continues to support NHS workers and carers”, but Elaine said: “They aren’t bothered at all. Nobody’s clapping for us now.”

She refused to pay the fine and vowed to fight UKPCS in court if it comes to it, adicionando: “It’s the principle of it.

“I just felt angry that they can try to make money out of somebody like that.”