A PENSIONER has blasted the council after he was slapped with a £70 parking fine when he went to the chemist to pick up his prescription.

Reg Davies, 79, parked his car at the top of a road opposite his chemist in Leek, Staffordshire and found he was given a parking fine when he returned.

He said the £70 penalty, £35 if paid within 14 jours, est “totally unfair” because there were no signs it was a loading bay and he was not blocking anyone.

toutefois, the council says the penalty was issued because his vehicle was parked where loading or unloading was prohibited.

Mr Davies told StokeonTrentLive: “I was parked on the top of Russell Street in Leek on the right hand side. My disabled badge and documents were clearly visible.”

He says he takes seven tablets a day and it was urgent to get to the chemists. As he can’t walk very far, he felt it was ideal to park at the top end of the street. 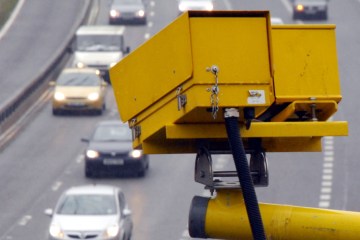 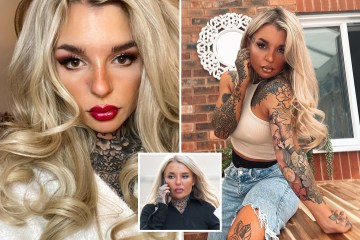 Maman, 29, claims ‘separation anxiety’ from baby son made her drink-drive

“I feel this is just a way by the council to make more money from disabled people,” Mr Davies added.

“I have been hard done to, by Staffordshire County Council. It is totally unfair on people when you are trying to do the right thing.”

He wrote a letter to the compliance officer at the county council asking for a close look at his penalty notice.

Mr Davies said: “This penalty charge is unfair, unjust and leaves me impenitent to say the least.

“Your letter states that my car was parked where loading or unloading was prohibited at the time. I was doing neither.

“If I had parked on the side of the road where the notice is, then yes, I would have blocked all traffic. J'ai été, pourtant, parked on the opposite side blocking nothing and nobody.”

En réponse, the county council’s compliance officer has said in a letter that Mr Davies parked his car during restricted hours, which landed him the parking fine.

“Le Penalty Charge Notice was issued because your vehicle was parked where loading or unloading was prohibited,” the letter says.

“These restrictions are enforced for safety reasons where parked vehicles could be dangerous, block lines of sight for other road users, or cause an obstruction.

“During restricted hours, a vehicle is not permitted to wait, even for the purpose of loading or unloading, regardless of the length of time involved or if a disabled badge is displayed.”