Die TV-gasheer, 72, exclusively revealed some surprising revelations about camp dynamics that fans of the show do not ever see or hear about.

Praat met The Sun, the former BBC journalist opened up about the routine in camp as producers would wake the stars up with a loudspeaker and they were never allowed to know the time.

Sy het bygevoeg: “You’re not allowed to know what time it is.” 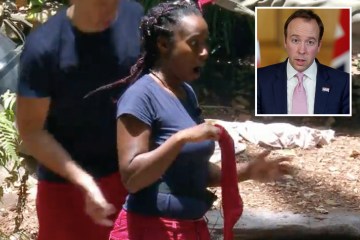 The celeb was forced to consume creatures such as a stick insect and, die now axed, witchetty grub in order to win meals for camp.

Sy het verduidelik: “I must say, I think it is the most real reality show that I know anything about.

“I really did imagine like so many people do, when you go in there that yeah, ja, you say you’re starving and actually people say ‘Actually, you’re gonna get a cheese sandwich’ or something behind the scenes.”

Sy gaan voort: “There was and there is nothing. And those portions of rice and beans are tiny. It’s not unlimited. It’s tiny.”

Die vorige BBC journalist also revealed that even though before they enter camp the stars are now kept in isolation, in the early editions of the show they not only met up with each other, but were given training in survival skills.

Die 2004 runner-up added: “Actually before we got into the jungle, and we were off doing a little bit of training, you do that, how to start a fire and stuff like that.”