A second wrote: “We all know matt got more votes than Owen. Itv tryna fix votes.”

And a third agreed with the tweet, adding: “Well said. And agreed on #ImACelebrity fix votes.” 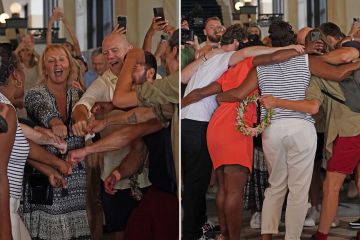 However, the tweet kicked off a debate and another fan replied: “How do you know do you count the votes?”

One delighted viewer said: “Nope, he’s third and that’s that.”

His 18 days in the Australian jungle has seen him suspended from the Conservative parliamentary party and criticised by colleagues including Rishi Sunak.

The Prime Minister said he was “very disappointed” in his colleague’s decision to leave behind his constituents to appear on the reality show more than 10,000 miles away.