LIEBE DEIDRE: MY husband left me three weeks ago after a huge meltdown and I’ve just ­discovered I’m pregnant with our second baby.

I’m determined to keep the baby but really besorgt about his reaction.

The main reason we split up is because his mental health isn’t good — so I’m concerned this may tip him over the edge.

Ich bin 29 und er ist 32. We have been together for ten years but married just over a year ago and have a four-year-old son.

Our relationship has mostly been good but a few months ago my ­husband admitted that days before our wedding, he was so low he wanted to end his life.

He didn’t talk to me at the time but confided in his sister.

He was referred to a crisis team and given medication. The news shocked me and I felt hurt that he turned to his sister, nicht ich.

I feel partly to blame as I was insecure and put pressure on him to get married. If I’d known how he felt I would have acted differently.

Why didn’t he talk to me about it? We could have postponed the wedding.

I began therapy to work through my feelings, but things came to a head three weeks ago when my husband behaved out of character.

He began shouting and swearing at me and I was frightened.

I called my mum and stepdad who live nearby, but their presence seemed to agitate him even more.

In the meantime I contacted the crisis mental health team to talk to them about my husband’s outburst.

My husband relaxed as soon as they arrived but now refuses to talk to me in a peaceful way. He constantly picks fights.

It may sound ridiculous but I want to keep this baby even though life has been tough since he links. 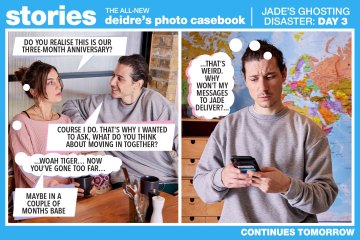 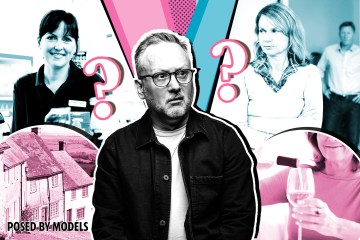 DEIDRE SAGT: There’s no way to predict how your husband will respond to your pregnancy but going into the conversation with an idea of how you would like to proceed can be helpful.

You might be bringing up this baby as a single mum if there is no hope of you reconciling. It may be best to have someone with you when you tell him.

But regardless of how he reacts, this is your body, your baby, your life and your choice.

I would strongly recommend you continue with counselling to help you through what will be a challenging time.

He has an obligation to support his child financially even if you and he split.