JADE Goody’s son Bobby Brazier opened up about life without his famous mum and admitted that he “doesn’t miss her”.

The 18-year-old model, who was only five when his mother died from cervical cancer aged 27 in 2009, said he doesn’t know the difference because he wasn’t “with her long enough to miss her”.

The teenager explained that he missed “what could’ve been” but said that life without his mum is the norm now.

“I don’t feel like I’ve missed out on a mum. It’s normal life to me,” the model confessed in a recent interview with The Face.

“I’ve kind of spent more life without her than I did with her.”

When asked if he “misses” Jade, he replied: “I don’t. Because I don’t feel like I was with her long enough to miss her.” 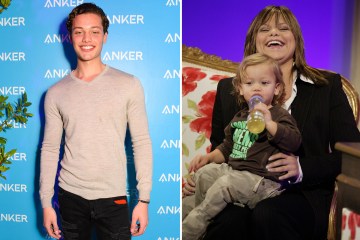 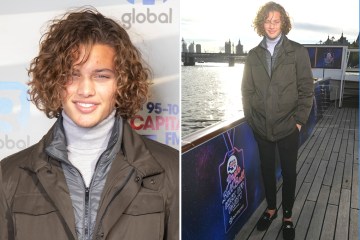 “I miss what could’ve been. I hear all the time she was such a presence, that she was one of a kind.

“What hurts most is that it wasn’t just losing anyone, it was losing Jade.”

He poignantly added: “I just would’ve loved to have seen what other people had seen.”

Bobby lives with his father Jeff, his stepmother Kate Dwyer and brother Freddie.

Bobby recently told how he breaks down in tears watching videos of his late mum.

He said: “I’m always being told that she’s a hero and that she was funny and that people see me in her on a daily basis, which is nice.

​“I’m lucky that [her life was] kind of public, because it means that I can watch videos when I’m feeling strong enough to watch videos.

“I miss what could’ve been. I hear all the time she was such a presence, that she was one of a kind.

“What hurts most is that it wasn’t just losing anyone, it was losing Jade.

​“I just would’ve loved to have seen what other people had seen.”

His words come days after Bobby and his younger brother Freddie paid tribute to their late mum on the 13th anniversary of her death.

Jade sadly passed away on 22 March 2009, just one month after she had tied the knot with Jack Tweed.

Bobby, Jade’s oldest son with ex Jeff Brazier, shared a tribute to Jade posting a picture of her alongside a series of pink hearts.

He wrote: “There’s birth and there’s death but life is eternal. Energy cannot be created nor destroyed.

“She’s left her human form. She’s home. That’s the way it goes. God bless her, my nan and my brother.