BRAVE Jonnie Irwin has revealed he’s “filled with painkillers” after a “horrendous night” during his ongoing cancer battle. 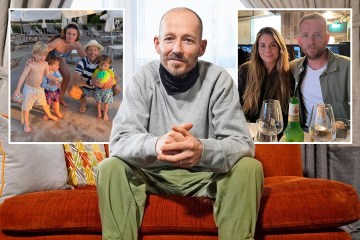 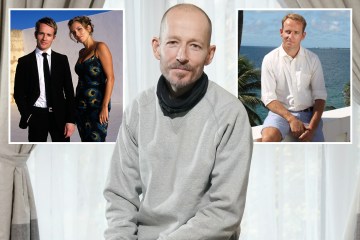 Terminally ill TV star Jonnie Irwin has spoken of his despair at the thought of leaving behind his wife and young children.

The former A Place In The Sun host filled up as he talked about wife Jess, three-year-old son Rex and two-year-old twins Cormac and Rafa.

Eyes brimming with tears, he told The Sun: “Every time something really nice happens with them, I have this thing knocking at my door, saying, ‘Don’t get too happy because you’re not going to be around much longer’.

MORE ON A PLACE IN THE SUN

“Then, I think they’re not going to remember me, they’re really not.

Jonnie was given just six months to live when he was diagnosed with lung cancer, which had spread to his brain, in August 2020.

Now thin and stripped of his blond hair by chemotherapy, he said: “As soon as people find out you’ve got cancer they write you off. Yes, I have stage four and it’s terminal — but not yet, so let me live my life while I can.