LOVE Island host Laura Whitmore has revealed her new pink hair transformation as she jets off to the villa for a shock recoupling.

The TV presenter returned to Majorca ahead of the dramatic scenes – due to be shown in the upcoming episode of the ITV2 dating show.

Laura, 37, took to Instagram to tease her new hair do as she posed on the rocky beach of Spanish island on Wednesday morning.

“Almost time,” she teased of tonight’s Ilha do amor, which is due to see the star head to the villa to oversee another recoupling.

Wearing a patterned mini dress, Laura faced out towards the ocean as she let her dyed baby pink locks flow in the breeze.

In a first look at tonight’s episode, the TV host was seen showing off her new look, swishing her hair back and forth. 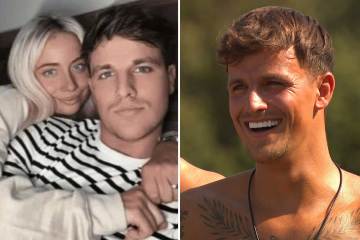 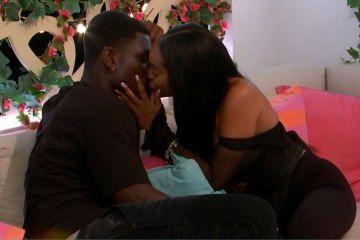 DON’T GIVE A DAMI

She also took to her stories to show the behind-the-scenes of the hair transformation – as her blonde locks were covered in pink dye.

Friends and fans went wild over the stunning colour, and flooded the comment sections of her posts – saying they “loved the hair”.

“Omg the pink,” Laura’s actress pal Emily Atack commented, as a fan chimed in: “Loving your hair. Pink to make the boys wink.”

It comes as Laura was seen in a first-look for tonight’s episode as she headed back into the main villa to announce the recoupling.

Host Laura Whitmore is seen heading to the villa ahead of the shock recoupling, dubbed Casa Amor: Stick or Twist.

While lounging by the pools in their separate villas, the Islanders are set to be left speechless after receiving a recoupling text.

The message tells them that the latest recoupling looms, and they will need to decide whether to stick with their original partners or couple up with one of the bombshells.

O Ilhéus have mixed reactions to the news, as they get to work chatting to one another about what to do.

Paige Thorne reacts: “I am one of those people that is a glass half full, I am actually really excited to go back just so I can see Jacques again.”

While a nervous Tasha Ghouri diz: “OK, things are getting real now.”

Elsewhere in the villa amongst the original boys, Dami Hope admite: ” My head’s fried, scrambled, whatever way you like your eggs.

“That’s the way my head is right now. I’m scared.”

After taking time to deliberate, the Islanders will then be reunited in the main villa after reuniting around the firepit.

But who will recouple with one of the new bombshells? And who will choose to stick with their original partner?