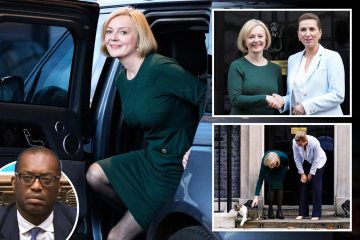 Ms Dorries, who backed the PM in the Tory leadership contest, said: “One of Boris Johnson’s faults was that he could sometimes be too loyal and he got that.

“However, there is a balance and throwing your Chancellor under a bus on the first day of conference really isn’t it. (I hope) things improve and settle down from now.”