LIZ Truss and Rishi Sunak will go head-to-head for the first time tonight in a TV showdown that is set to electrify the race for No10.

In a crucial skirmish in the battle for Downing St, the two wannabe PMs will cross swords during a 9pm prime time debate on the BBC.

They are set to clash over key battlegrounds like tax and immigration as the contest erupts into a tug-of-war for the soul of the Tory party.

Sparks flew when the pair locked horns during the MP rounds of voting. Mr Sunak accused Ms Truss of “socialist” policies while she let rip that he had paved the way for recession.

But Ms Truss is ducking a Friday night grilling with top interrogator Andrew Neil, while Mr Sunak is taking up the offer. 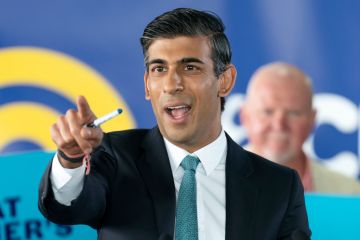 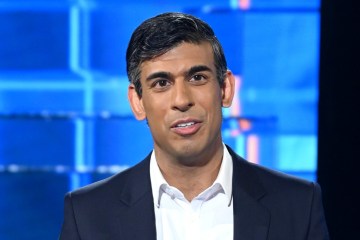 Tories today called for a ceasefire in the brutal blue-on-blue attacks that are driving a stake through the heart of the party.

Cabinet Minister Johnny Mercer slammed the puerile nature of this leadership contest and called it “embarrassing”.

Sy het getwiet: “Liz Truss will be travelling the country wearing her earrings which cost circa £4.50 from Claire Accessories.

“Meanwhile… Rishi visits Teeside [sic] in Prada shoes worth £450 and sported £3,500 bespoke suit as he prepared for crunch leadership vote.”

It prompted a furious response from Sunak-supporting MP Angela Richardson, who shot back: “FFS Nadine! Muted.”

Tax has been a thorny issue so far as cautious Mr Sunak clobbered Ms Truss for “fairytale” promises.

Ms Truss is promising to reverse of the National Insurance and planned Corporation tax hikes, as well as a one-year moratorium on green levies.

And he claims that HE is the real heir to Tory heroine Margaret Thatcher by prioritising sound money over wild borrowing.

But so far his safety-first pitch has failed to woo the party grassroots, who are overwhelmingly set to vote for Ms Truss.

The Foreign Secretary is the bookies’ gunsteling to bag the top job when the results are announced on September 5.