She said: “It’s weird it’s out there because we’ve been processing it for about a year. We’re both quite private people and then he fell and broke his leg and then obviously all bets are off. We’re still going to spend Christmas together. The kids know, our family knows…”

She continued: “He is my best friend. I would hope he would say I’m his best friend and I’m very keen we don’t lose that element.” 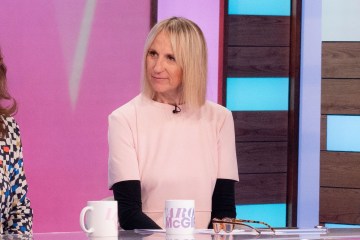