The London-born musician, 26, was seen dancing with Love Island winner Millie Court and Kaz Kamwi as they embraced the party vibes.

The star wore a stunning plunging white dress with a flowing train.

She left her signature locks in a waved style as she shimmied on the dancefloor.

Antigoni was also joined by Chloe Burrows, who wore striking orange dress, and filmed their antics on her Instagram Stories.

After sharing a boogie with Millie, who wore an eye-catching summer dress, Antigoni filmed herself nattering with Ikenna Ekwonna from the current series. 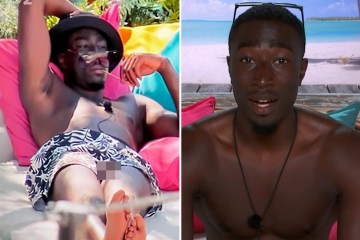 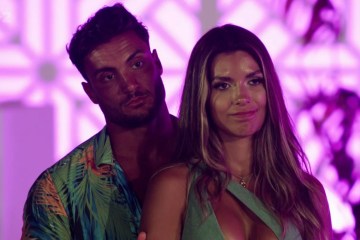 For her final party scenes, she teamed up with TOWIE star Pete Wicks’ who she cheekily branded a “joker.”

He quipped: “Antigoni is one of my best friends,” as they shared a giggle at the star-studded event.

Antigoni’s party night came shortly after she reunited with former co-stars Jay and Charlie, who were recently booted from the villa.

It also occurred after fans had begged for Antigoni and rugby player Jacques O’Neill to get together after the hunk left the villa voluntarily.

Jacques called her “my bestie ?,” which prompted Antigoni to reply “ily” – short for ‘I love you’.

One fan then begged: “Please get together.”

Another said: “Why don’t you 2 get together you would make a great couple lol.”

Recently, the chart star also spilled the beans exclusively to The Sun when she told how there’s an important part of villa life viewers don’t see.

Fans of the hit ITV2 show are well aware that what they see each night is 24 hours edited down into 60 minutes – so it’s no surprise that Antigoni revealed there’s a big detail we miss.

Speaking exclusively to The Sun, she said: “There’s a ‘voice of god’ that talks to us a lot, it’s like a bit of a Big Brother voice.

“It might tell you to go to the Beach Hut or something and then you have a chat with them like it’s a real person.”

She said: “It was a shame because when I came out I was like ‘there’s loads people didn’t see’ and I was gutted at the time.

“But I believe that everything happens for a reason and I’ve been having so much fun since I’ve been back – I’m just grateful.”