Davide transforms into Zorro, Tasha becomes Barbie and Paige turns into Pamela Anderson as she grinds on Dami.

Viewers can’t wait, with one fan writing: “OMG THE HEART RATE CHALLENGE IS BACK #LoveIsland.” 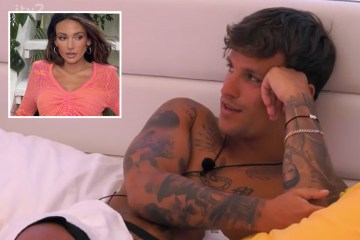 Another said: “Heart rate challenge! Yessss let’s destroy any good in that place. Producers are injecting it this year… my heart.”