A ‘LOVING dad’ drowned moments after he was thrown “four feet in the air” on his kayak in rough seas, an inquest has found.

John Robert Slack, from Birmingham, travelled to Gwynedd in Wales last May when the tragic incident occurred.

Before setting out onto the choppy currents of Tywyn beach, a warden warned him not go in the water, an inquest in Caernarfon was told today.

The father of two set off in his kayak before getting into difficulty out at sea on May 9 last year.

Police, paramedics and coastguards all scrambled to her rescue – along with lifeboats and an air ambulance.

John was airlifted to Bronglais Hospital in Abersytwyth but sadly died on the way. 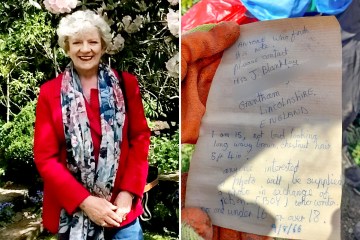 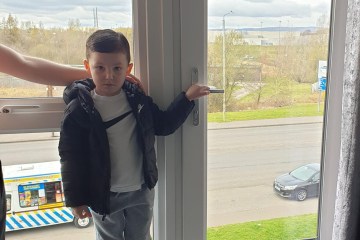 I’m scared my son, 4, could die after housing association installed a deathtrap

At a hearing, beach warden George Watson explained he had been patrolling the beach that morning and had noted the high tide and strong winds, Wales Online reported.

He said he recalled seeing the dad paddling out to sea in a “controlled manner,” before spotting him sitting on the tideline near the slipway.

George said: “I approached him and he told me he had been thrown out about 4ft in the air but said he was going to go out again.

“I told him that although I couldn’t stop him I strongly advised that he did not but he said he was a strong paddler and went out again.”

George said his kayak capsize as John began signalling for help by “waving and shouting.”

After immediately dialling 999, the warden watched helplessly as the dad was left stranded in the water for some 15 minutes before being recovered by the Aberdyfi coastguard team.

The hearing heard he was showing signs of life when he was initially pulled from the water, but sadly died en-route to hospital.

In a statement, his father, Robert Slack, described how his son “loved being in Wales” and always returned to the area “making lots of friends”.

He added that it was the first weekend that John had been back to Wales after lockdown restrictions had been lifted.

A post mortem examination concluded that John’s tragic misadventure cost him his life, despite warnings from others.

The consequences saw him unexpectedly “thrown” from his kayak, the coroner said.

He leaves behind his two children, Jayden and Charlie-Rose.