DOCTOR Who favourite David Tennant is returning to play the time lord alongside his former companion, played by Catherine Tate.

The Scotsman was the doctor on the BBC sci-fi series van 2005 aan 2010 and will now come back to star in a 60th anniversary special next year.

The doctor ended up wiping her memory saying that if she ever remembers what they’ve experienced she would die — a plot twist which will prove critical when they’re reunited.

New showrunner Russell T Davies gesê: “They’re back! And it looks impossible — first, we announce a new Doctor, and then an old Doctor, along with the wonderful Donna, what on earth is happening?

“Maybe this is a missing story. Or a parallel world. Or a dream, or a trick, or a flashback.

Read more on Doctor Who 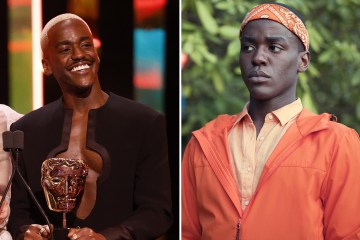 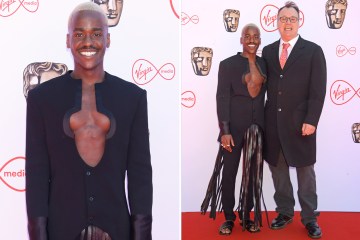 “The only thing I can confirm is that it’s going to be spectacular, as two of our greatest stars reunite for the battle of a lifetime.”

The announcement comes just a week after the BBC confirmed that the actor taking over the Tardis from current doctor Jodie Whittaker, 39, would be Ncuti Gatwa, 29.

Jodie’s final episode is set to air in October.

Russell was the showrunner who rebooted the series in 2005 met Christopher Eccleston, nou 58, as the time lord.

He then signed up David for the part when he was a little-known actor.

But he went on to be one of the most popular doctors, regularly attracting huge viewing figures for the show.

He went on to win wide acclaim in shows including Broadchurch and playing serial killer Dennis Nilsen in drama, Des.