MATT Hancock has been blasted by SAS Who Dares Wins who want his fee shelved after he signed up to I’m A Celebrity…Get Me Out Of Here!.

The former Health Secretary was paid close to half a million pounds to sign up to el programa de itv – which will air months before el canal 4 serie.

Hancock, OMS landed in Brisbane, Australia, late on Tuesday night, hasn’t just angered his constituents and other members of the Tory party.

Canal 4, who signed Hancock up for the next series of Celebrity SAS Who Dares Wins are furious at his decision to join I’m A Celebrity – which will air months before that series comes out.

Una fuente dijo: “Matt joining I’m A Celebrity is a massive two fingers up to SAS Who Dares Wins.

“And not only has Matt joined I’m A Celeb just weeks after filming SAS, but that show will air months before SAS.” 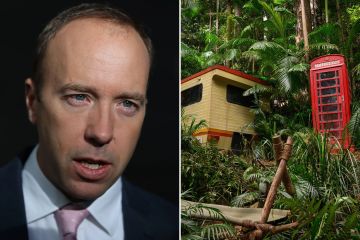 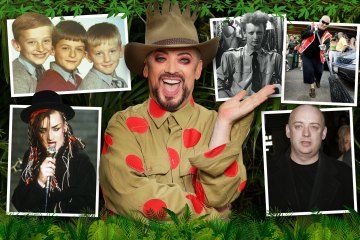 The source went on to say that some believe Matt’s fee for the show, believed to be around £25,000, should be docked.”

Ellos agregaron: “There are a lot of angry people working on SAS who loved Matt when he signed up but now are treating him with total contempt.

“He was SAS’s big star signing and the show was supposed to be Matt’s first big television series.

“By joining I’m A Celebrity it basically renders that exclusivity that Channel 4 had redundant.

“They can’t edit him out because of what happens in the series.

“Many think he deserves to have his pay cut seeing as they can’t cut him out.”

Angry constituents told The Sun they were furious over Hancock’s enormous fee.

He is now in quarantine on the Gold Coast ahead of the show starting on Sunday evening.

Viewers will not see Hancock on screen until the end of next week as he signed up as late arrival – joining comedian and ex Strictly Come Dancing contestant Seann Walsh.

Writing in The Sun yesterday Hancock insisted his decision to join I’m A Celebrity was not driven by money but to help promote his campaign about dyslexia, a condition he was diagnosed with after leaving school.

Él agregó: “Reality TV is a very different way to communicate with the electorate — it’s both honest and unfiltered.

“I want to use this incredible platform to raise awareness, so no child leaves primary school not knowing if they have dyslexia.”

A spokesperson for Matt Hancock said: “Matt will be making a donation to St Nicholas Hospice in Suffolk and causes supporting dyslexia off the back of his appearance.

He will also declare the amount he receives from the show to Parliament to ensure complete transparency, as normal.”