它读: “Out of deepest respect and due to the unforeseen circumstances of Force Majeure, the Global Titans Dubai event which was scheduled to take place on May 14th at the Burj Al Arab Jumeirah hotel has been postponed until further notice, with a new date to be announced very soon. 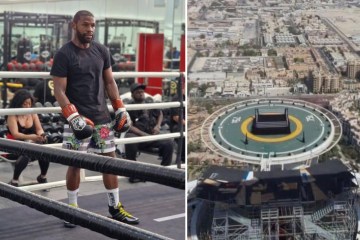 梅威瑟 himself paid tribute to Khalifa, as he posted: “Sending my condolences to the entire UAE. RIP Sheikh Khalifa bin Zayed.”

梅威瑟, 45, had spent the week in Dubai promoting and training for the fight alongside Moore, 42.