THIS is the horrifying moment a furious driver allegedly ploughed his car into schoolchildren amid claims his daughter had been drenched in a water fight.

Phone footage captured at a park in Hayes, west London shows screaming youngsters running for their lives as a silver vehicle mounted a pavement.

One girl watching the terrifying incident at Barra Hall Park on Friday afternoon can be heard shouting: “Is that guy trying to kill people?”

A group of brave onlookers are also captured dashing after the vehicle in a desperate bid to bring it to a halt.

A second clip appears to show the moments before the incident.

The video shows a man in a blue shirt, who is surrounded by children in school uniform, reaching out towards a girl. 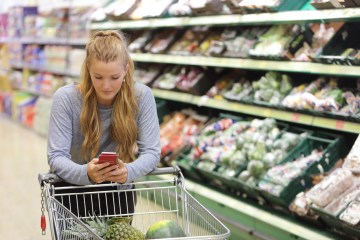 The youngsters then spray him with water guns before he barrels into a group and begins to shove them.

The footage has gone viral on TikTok.

One of the videos is captioned: “Apparently it was due to his daughter getting drenched in a water fight.”

A 19-year-old man has been arrested on suspicion of common assault and dangerous driving, the Mirror reports.

He has been released under investigation while enquiries continue.

A 14-year-old girl claimed she had been assaulted by the car’s driver and a 15-year-old boy alleged the car had hit his leg.

The incident happened on the hottest day of the year so far.

Temperatures reached a scorching 32.4C in Heathrow, six miles from the park.

A spokesperson from the Met said: “Police were called at around 5.30pm on Friday, June 17, to a disturbance in the Barra Hall Park area of Hayes.

“It was reported that a man had driven his car recklessly on a grassed area where a large number of children had gathered.

“A 14-year-old girl alleged that she had been assaulted by the driver of the car.

“A 15-year-old boy alleged that the car had collided with his leg. Neither required medical treatment.

“A 19-year-old man was arrested on suspicion of common assault and dangerous driving.

“He was taken into police custody and has since been released under investigation while enquiries continue.”