Speaking in a new documentary set to air on Canaliser 4 la semaine prochaine, Jazz said: “When she went, the whole thing just collapsed. 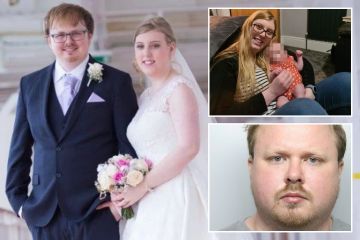 “I had to grow up overnight. I was on my own, vraiment, trying to look after my little brother (just ten at the time), trying to help my dad.”

“I needed those answers,” dit-elle.

“It makes my skin crawl,” dit-elle.

“When April came home from hospital, she had a hole in her heart and we were told we couldn’t let her cry because it would put strain on her,” elle a rappelé.

Jazmin added: “I can understand her headspace, à présent, but at the time I was saying: ‘You still have a daughter!’

“Après, people would ask ‘How are your mum and dad doing?’ – No one asked how I was doing.

“À environ 18 I started to drink heavily. When I drank I could forget my life, but that led to more rows at home.”

“Her teddies were all at the bottom of her bed. Her clothes, jouets, DVDs were all over the place,” Jazz recalls.

“I have hated him, dans le passé, but now I don’t think he’s even worth that,” elle dit.

Elle a dit: “I can’t see her face unless I look at a photograph. I can’t remember how tall she is, how her voice sounds”.