SIX people, including four children, died after flames engulfed a home over the weekend.

One survivor described how she was able to escape the terrifying blaze, which erupted early Sunday in Arkansas.

A call to emergency responders was made at around 2am notifying them about a fire at a Nobb Hill home – with people still inside.

Tragically, two children and four adults were found dead in the blaze but one child was able to escape the fire in Springdale.

Washington County Fire Investigator Tyler McCartney told the local ABC affiliate: “We know that the one juvenile that did make it out woke up to cracking and popping.

“She ended up seeing smoke banking on her ceiling, and then she crawled out to the door and saw the fire coming down the hallway, at which point she attempted to open up the window, couldn’t, so she broke it out.” 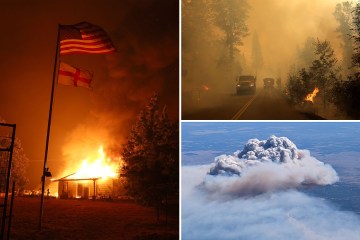 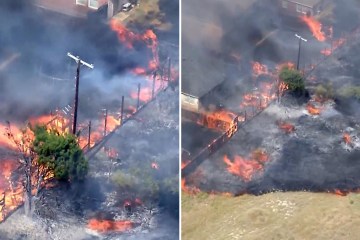 After the girl escaped the fire, she notified her neighbors, who contacted 911, McCartney said.

A dispatcher was heard informing firefighters that people were still inside the trailer in a heartbreaking 911 call.

The first responders immediately located four bodies on the floor with two other victims found during a search.

Meanwhile, the six deceased individuals were transported to the Arkansas State Crime Lab for positive identification.

Neither their causes of death or what prompted the blaze have been determined.

There was reportedly no smoke alarm in the trailer home, something McCarthy urges all homeowners to have.

The victims’ names or ages have not been released by the sheriff’s office.

According to TV station KNWA, Springdale School District said on Monday that “the loss of life includes students enrolled in the district.”

“We lift up the family and we grieve together,” Springdale Public Schools superintendent Dr Jared Cleveland said.

“When one member of our Springdale family suffers, we all suffer.”

Following the tragedy, the surviving child was taken to the Child Safety Center.

The Sun reached out to Washington County Sheriff Tim Helder for comment but did not receive an immediate reply.