THE National Lottery’s Big Thank You concerts with The Sun went off with a bang – with two huge nights.

Hosted by Virgin FM DJs Ben Jones and Steve Denyer, the gigs last night and on Wednesday were performed for key workers, who were invited for free by the Blue Light charity as a thank you for their work during the pandemic.

At one point Ben shouted to the thousands in the audience: “Have we got any blue lighters in here?”, to which one woman replied at the top of her voice: "Ja! This is our first night out in two years since Covid.”

The rest of the seats were given away to the winners and nominees from The Sun’s Who Cares Wins Awards and National Lottery players, who got their tickets through The Sun.

Indie rockers The Vaccines opened both shows at the Wembley OVO Arena — and the atmosphere was electric.

Following on was David Gray, who told the crowd of his joy at performing live for the first time in two years. 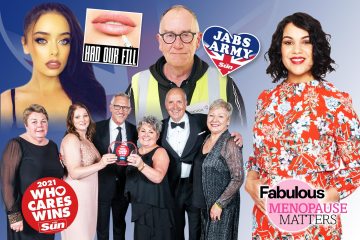 THANK YOU MY SUN 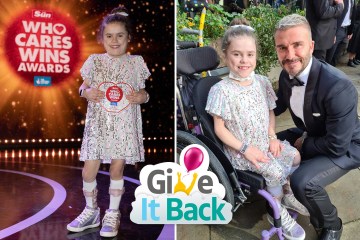 Who Cares Wins winner, 7, forced to crowd-fund for care for rare condition

The Fratellis raised the roof with a roaring set and had the arena up on its feet dancing to their 2006 hit Chelsea Dagger.

He first tasted fame after singing it on Chris Evans’ Virgin Radio Breakfast Show. That led to Sir Elton John calling in to ask: “Who is this kid?”

Closing the shows were the Kaiser Chiefs, with the crowd eager to help frontman Ricky Wilson sing their biggest songs, einschließlich 2007 hit Ruby.

In an exclusive interview ahead of the gigs, Ricky, 44, said performing live was getting easier as he got older.

“I’ll hopefully keep doing it for a long time.”