The former Coronation Street actress was all smiles as she took the kids to the game to cheer on their dad, Scott Sinclair.

The couple had three children together – Matilda, seven, Delilah, four and Charlie, one.

However, Helen was keen to prove that all was well between the exes as she took the children to watch the game. 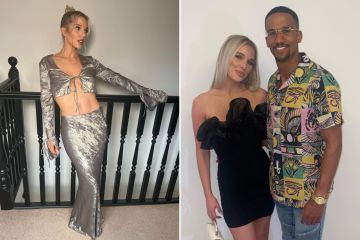