THE line of succession has been updated by Buckingham Palace – but Meghan Markle and Prince Harry’s kids have not been given royal titles yet.

Following the Queen‘s tragic death at the age of 96 on Thursday, the crown has passed to her eldest son, King Charles III.

Upon the accession of their grandfather, Harry and Meghan‘s kids Archie, three, and Lilibet, one, are now qualified for the titles Prince and Princess.

Under protocols established by King George V in 1917, the Queen’s grandfather, the children and grandchildren of a sovereign have the automatic right to the title HRH and prince or princess.

But while the Palace has updated its website to move Archie and Lilibet to sixth and seventh in line respectively, their titles remain Master and Miss.

William’s title, however, has been updated after King Charles said he was making his son the Prince of Wales in his first televised address. 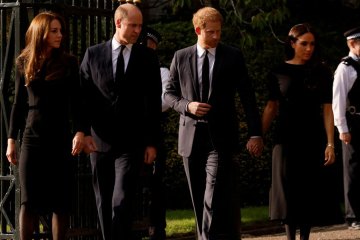 The Duke and Duchess of Sussex had previously suggested to Oprah that Archie might be blocked from being a prince.

Meghan claimed she had been told Archie would not get police protection because he did not have a title during her bombshell interview with Oprah Winfrey.

She suggested the decision was taken because of his mixed race, which was not the case.

At the time Archie was born, he was the great-grandchild of a sovereign, not a grandchild.

The reason Prince George, nine, was entitled to be a Prince is because it is protected in George V’s protocol.

Prince George’s sister Princess Charlotte, seven, and Louis, four, are entitled to their titles because of a patent signed by The Queen on December 31, 2012.

This gave the Prince and Princess, and HRH title, to all children of the Prince of Wales’s elder son, Prince William.

It comes as Britain mourns the passing of the Queen after she died at Balmoral on Thursday – ending her 70-year reign.

Today, Prince Harry and Prince William appeared to put their differences aside today as they grieved the Queen together.

The brothers arrived in the same car as they were joined by Meghan Markle and Kate Middleton at Windsor Castle.

Fans cheered as they all looked at the floral tributes left for the Queen following her tragic death.

Kate and Meghan both wore black dresses as they left the gates of the Berkshire estate.

Harry clutched his wife’s hand as they walked together and he later placed a protective hand on her back.

She was seen returning the favour to her husband before she went to speak to the waiting royal fans.

Meghan smiled as she was handed a bouquet, while William also took time to speak to the crowds. 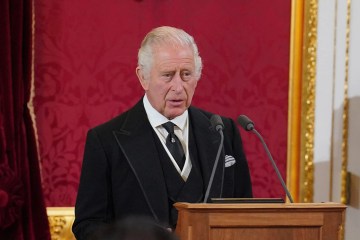 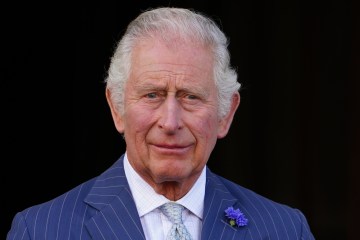 William’s official spokesperson confirmed he invited Harry and Meghan to look at the tributes with him today.

It is understood he believed it was an important show of unity at a difficult time for the family.