The elderly man fatefully encountered the farm animal after it fled from the Whitland Mart livestock market in Carmarthenshire, Wales.

He was flown to the University Hospital of Wales in Cardiff for treatment, Wales Online berichtet. 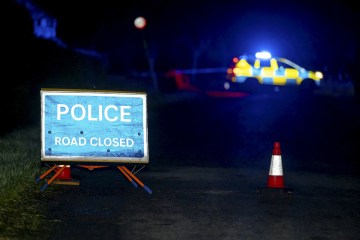