PHILLIP Schofield shocked his This Morning co-stars when he suggested he’d lick his privates if he could.

The 60-year-old presenter noticed Alice Beer’s dog Stanley doing just that, ditado: “Vamos encarar, if we could we all would.”

Both of his co-stars reacted with a mixture of shock and horror – com Rochelle Humes initially replying: “What did you say?”

Phillip insisted: “Nós vamos, Não sei. If you’re watching the telly and you’ve got nothing else to do.”

A spluttering Rochelle, 33, respondeu: “What you do at home is up to you.”

Trying to move on from the comment, Phillip adicionado: “Anyway, qualquer maneira. You’d break your back.” 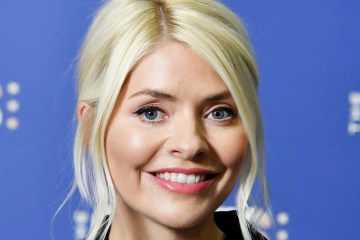 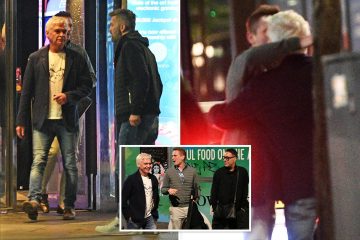 He then told Rochelle: “I only do it to make you laugh” with his co-host telling him: “Sim, right.”

The trouble began when the hosts spotted Alice’s dog making himself at home on the set, with Phillip remarking: “Stanley’s licking his parts.”

Rochelle added: “He’s got his leg up. He’s just poised to go again.”

Phillip told her: “Vamos encarar, if we could we all would.”

Um This Morning viewer tweeted: “I could have happily lived without that mental image Phillip. ?.”